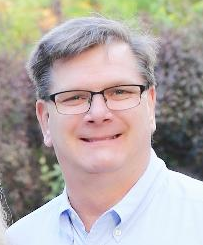 Jeff Johnson has been a part of the Mustang community since 1982. Jeff is married to Sandra and they have two daughters who both attended Mustang Public Schools from kindergarten through 12th grade. Jessica is a Speech Language Pathologist and Kathryn is a music teacher with Moore Public Schools. Jeff graduated with a Bachelor's in Adult Education in 2012 and a Master's of Education in Educational Leadership from The University of Central Oklahoma in 2016. Jeff is a former Mustang School Board Member serving from 1997 to 2013. Jeff is a Career Technology Educator with the Francis Tuttle Technology Center since 2004.